In 2021 our company developed 3D scanning technology by launching new models of eviXscan 3D scanners and new versions of 3D software. Despite the difficulties related to the coronavirus pandemic, new products were presented at events and trade fairs.

The first product introduced to the market by our company in 2021 was eviXscan 3D Suite software in version 2.7, which enabled to increase the efficiency of work with eviXscan 3D scanners and to improve the comfort of work during the scanning process [more details].

In March, during the virtual meeting of EU Industry Week in Bielsko-Biala, our experts presented the capabilities of robotic systems. The event organized by the Regional Development Agency was attended by companies associated with the Digital Innovation Hub ILaBB43300.

In the same month, our company presented the eviXscan 3D FinePrecision scanner, which is distinguished by high precision measurement and high level of detail of the scanned surface. The combination of high-speed cameras and the modern DLP light projection system, whose signal triggers the cameras every time a new pattern is displayed, reduces the scan acquisition time to several hundred milliseconds [more details]. 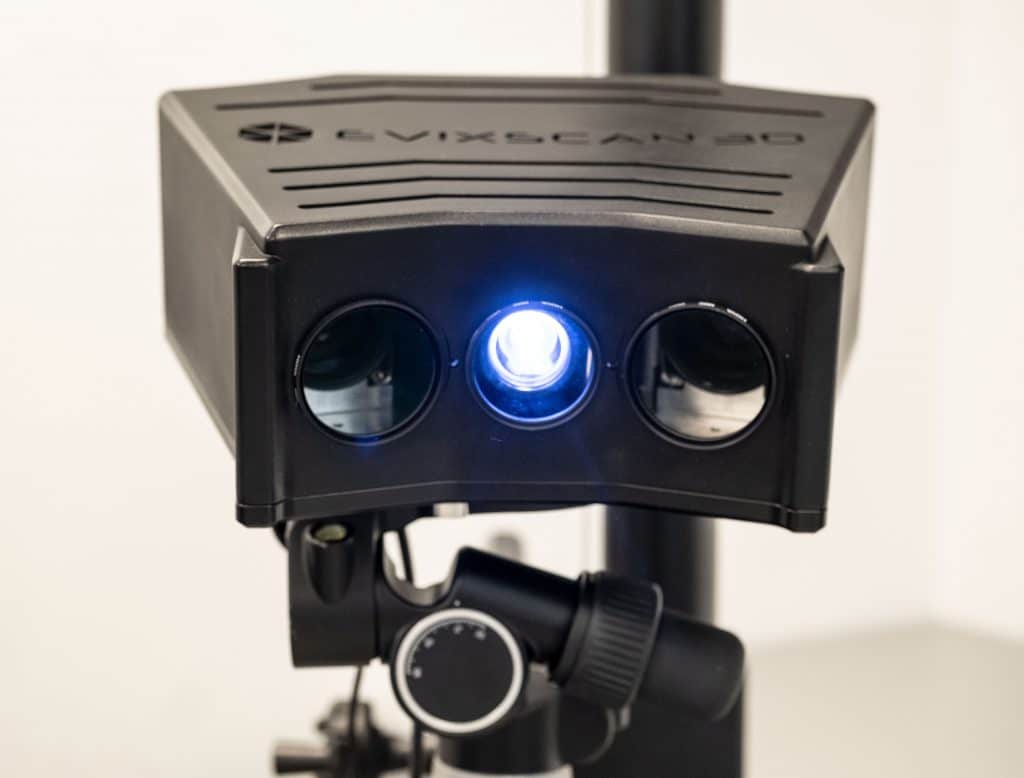 An important moment was joining Evatronix SA to the group of Universal Robots (UR) partner companies within UR Partner+ program. Our company has received a certificate for eviXscan 3D scanners as devices compatible with UR cobots. The result of the collaboration between the companies is an application set to support the quality control process [more details].

In June, our company launched the eviXscan 3D Optima+ M scanner, which replaced the Heavy Duty Optima model. The 3D scanner accurately scans medium-sized objects: roughly 7 to 100 cm. The lightweight and compact design of Optima+ M and ease of integration make this model can be used in robotized measurement systems [more details]. 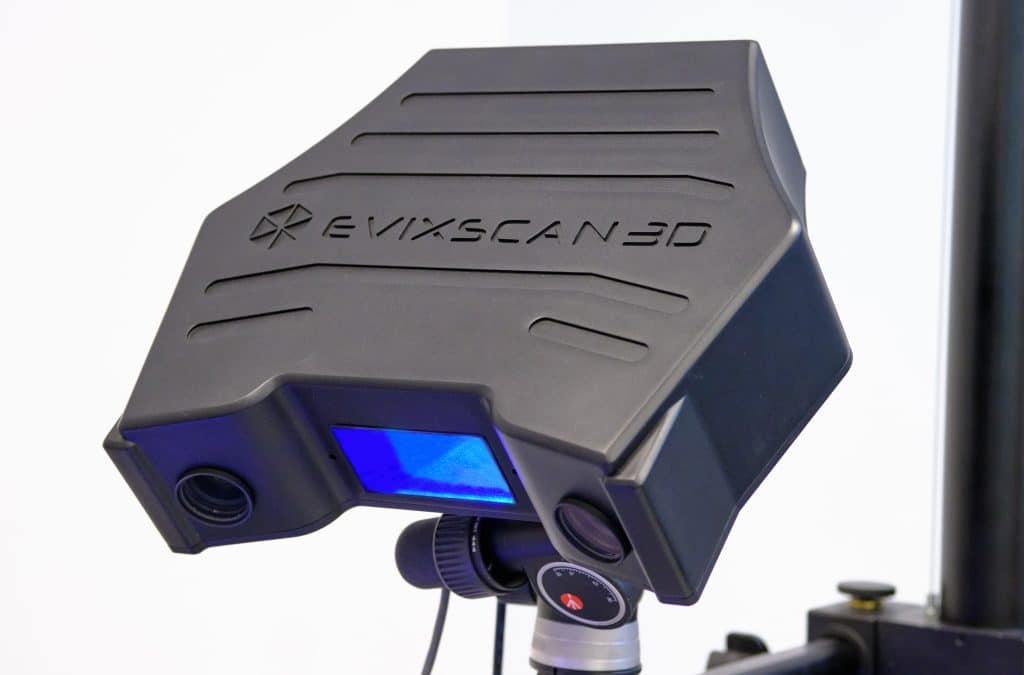 In the second half of the year industry events in Europe and the United States returned af pandemic break. In September, Global Industrie 2021 took place in Lyon, where our experts supported partners from MCE Metrology. A week later, Rapid + TCT and FABTECH fairs were held in Chicago in parallel. Due to the refusal of the entrance to the USA for Evatronix SA representatives, our company was represented by American partners – Laser Abilities and Wyvern Industrial Technologies respectively [more details]. 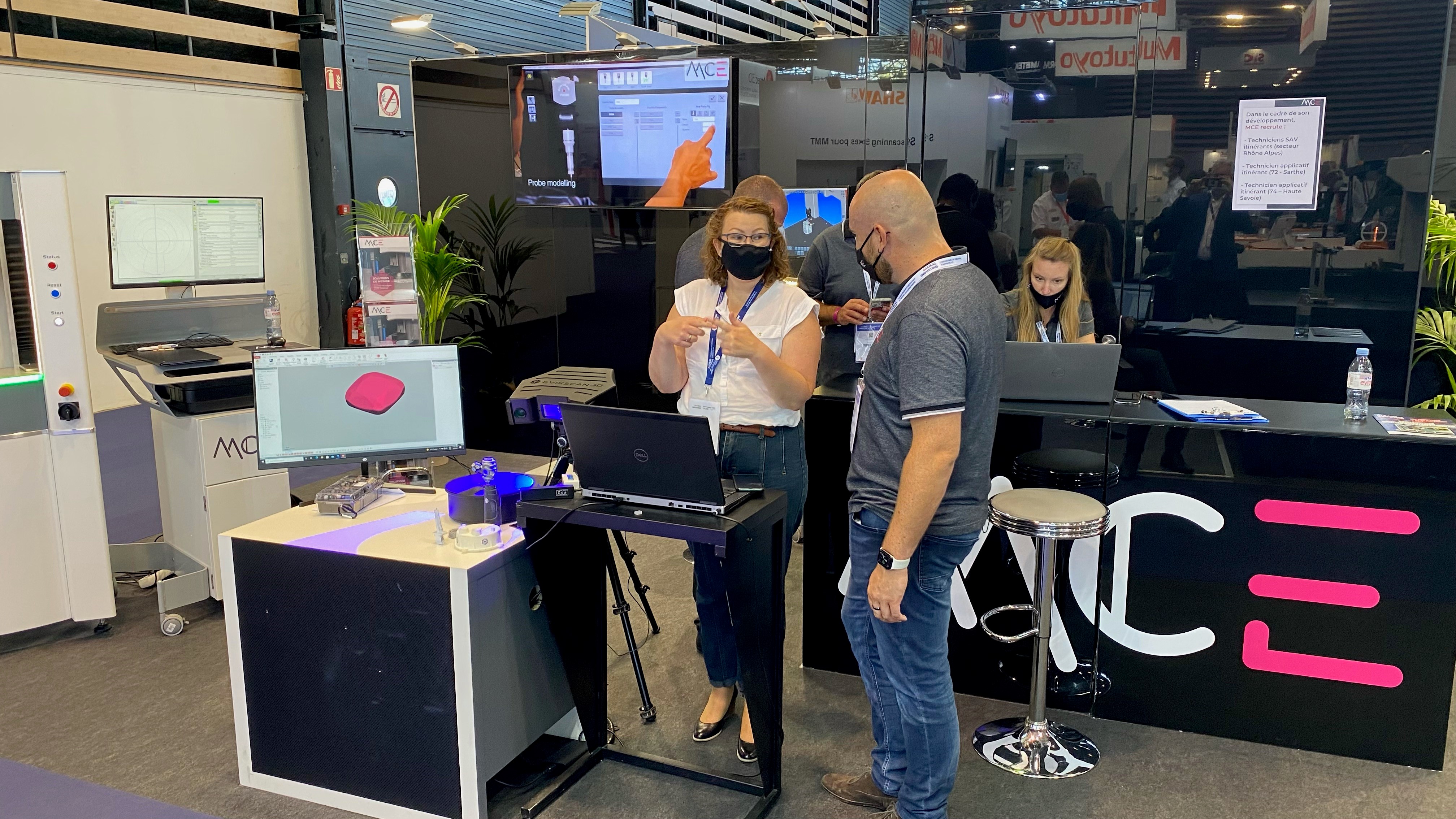 In October our company was one of the co-organizers of the event “IOT 2021 – Production Automation – Speed dating with Industry 4.0”. During the meeting, which had a workshop character, we presented solutions in the field of automation of the 3D scanning process [more details].

A week later in Frankfurt am Main our company took part in Formnext 2021 trade fair. During the event, our specialists demonstrated the capabilities of eviXscan 3D FinePrecision scanner in cooperation with UR cobot and eviXscan 3D WideRange prototype. They also presented a simulation of automated 3D quality control on a production line – a prototype of the eviXmatic 2.0 autonomous scanning station together with the eviXscan 3D Optima+ M scanner in cooperation with the UR cobot integrated with the Respiro Electric Vacuum Generator from Drim Robotics [more details]. 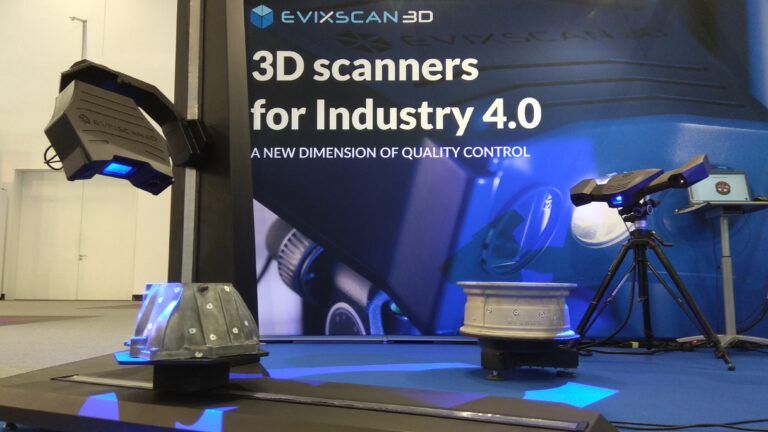 In the same month, our company released an update to the eviXscan 3D Suite software to version 2.8, which improves key algorithms to increase the speed and quality of eviXscan 3D scanners – particularly noticeable in older 3D scanner models. The new version of the software has been enhanced with features such as a new scan generator, a feature to match scans by their shape, a new version of the Merging feature, marker auto-exposure and three ways to fill holes [more details].

In 2022 our company plans to launch further products: a new version of eviXscan 3D Suite software, the eviXscan 3D WideRange scanner and the eviXmatic 2.0 scanning system. We will also present at key industry events (such as Control fair in Stuttgart or RAPID + TCT in Detroit).

We invite you to follow our company's activities on our websites  evatronix.com and evixsca3d.com, and in social media: